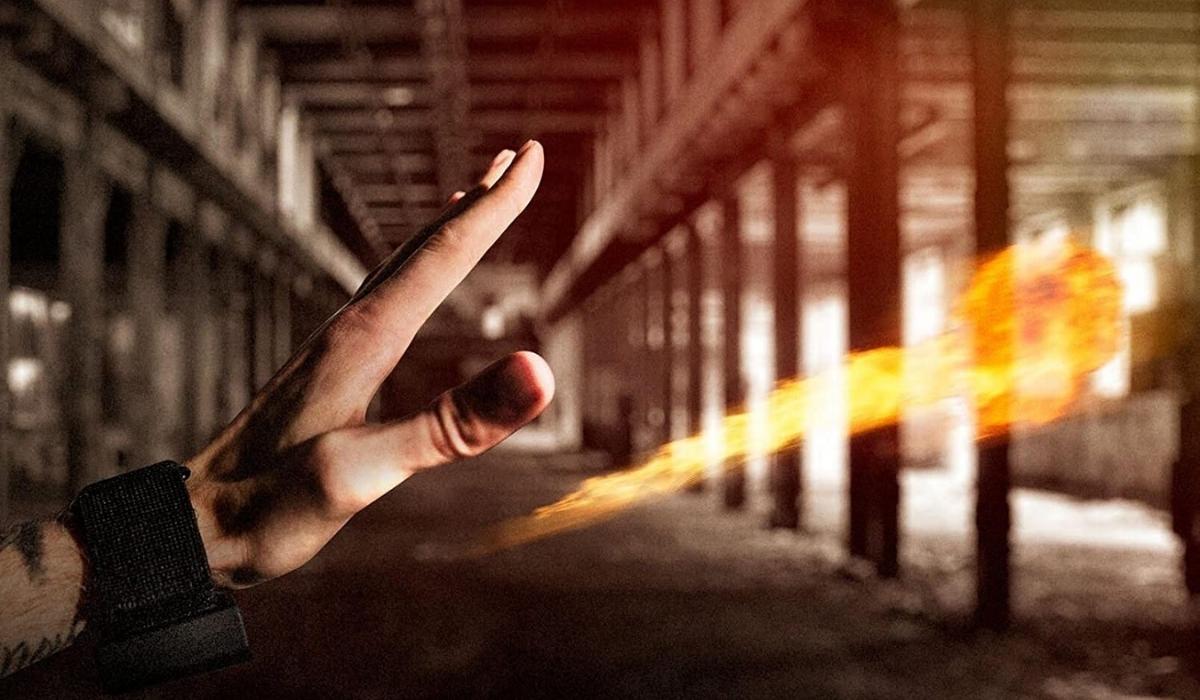 Get ready for some scary exoskeletons, real-life superhero tentacles, and even a real working lightsaber that can slice through anything like it was made of butter.

Here is a list of ten different gadgets you can actually purchase in the future that will endow you with the superpowers that you have always dreamed about having.

We may never be able to fly like a bird or run as fast as a gazelle, but thanks to technology our imagination has finally been put to use and we are developing amazing technologies that make our dreams come true.

Below is the list of super cool futuristic gadgets that will blow your mind.

The closest thing to a true lightsaber that we know of is this Plasma Cutter. The frighteningly cool device, which was designed by the Youtuber Hacksmith is capable of cutting through titanium like butter.

Burning plasma is how the plasma cutter accomplishes its cutting tasks. If you intend to make use of this equipment, you had better come prepared with a number of cylinders of oxygen and propane, as the device will never function properly if either of those two glasses are missing.

And even if you manage to get the plasma flaming, the Cutter will only function for a few minutes before it runs out of power. However, at least those few minutes will be the coolest of your whole life.

What if we told you that visibility cloaks are more readily available than you might have thought? You read and understood that correctly.

Guy Kramer, president and chief executive officer of HyperStealth Biotechnology, has announced a newly created technology that has been given the name Quantum Stealth Tech.

This technology will make it possible for humans to go completely incognito. Many people assume that this wonderful finding will soon be made available to the general public, although at the moment it is exclusively accessible to members of the armed forces.

But seriously, how does something like this even function? Well, we’re glad you asked.

Kramer’s company has invented a unique fabric that, when exposed to light, causes it to bend in such a way that anything or anyone that is behind it just vanishes.

I can’t help but wonder whether there’s someone following us around while hiding behind this cloak of invisibility.

Have you ever wondered what it might be like to fly through the air like the Silver Surfer from Marvel? If that is the case, then boy do we have some information to share with you.

The Flyboard Air is a one-of-a-kind hoverboard that is powered by jets and can raise a fully grown adult off the ground and several feet above the ground.

In order to power something like this, you are going to require a significant amount of fuel. Because of this, the engine of the Flyboard Air runs on a combination of kerosene and jet fuel.

At speeds of more than 100 miles per hour, the fly board is capable of lifting weights of up to 200 pounds while in flight. The sole disadvantage that it currently possesses is its relatively short flight time, which clocks in at less than six minutes.

Do you want to know what the most exciting part about Batman is? It is possible for literally anyone to be him. A student from Philadelphia University has developed a more budget-friendly alternative to the classic batsuit.

Given that it is estimated that the price of the original batsuit is more than one million dollars, the fact that Jackson Gordon was able to make this bat suit for roughly $1300 is astounding, despite the fact that it is not exactly cheap.

Jackson created this bat suit using kevlar, and it is so durable that it can resist anything: punches, strikes from a PVC pipe, and even cuts with a knife.

Even after suffering such severe damage, the suit appears to be in excellent condition; therefore, you can be sure that it is long-lasting; yet, a little scuffle or two might not be such a big deal.

Rostec, the Russian defense equipment manufacturer, has developed a suit that is capable of withstanding any kind of extreme heat or pressure, from raging fires to powerful explosions.

This can also shield you from the effects of grenades and gunfire. Essentially everything that has the potential to blow you up. The gear resembles the Star Wars Shadow Stormtroopers.

Even though the Russian variant might not have a cloaking device, it does have something that is significantly more useful: nuclear blast-resistant technology.

Raytheon’s XOS 2 Exoskeleton, is without a doubt a real-life Iron Man suit. It has been specifically designed and developed to improve the performance of any movement or action carried out by the person wearing it.

Suppose you decided to throw a punch at someone. What would be the most severe outcome? Bruise someone? Perhaps even knock them out, but that’s the extent of our power as humans, really.

If you were to throw the same punch while wearing the XOS 2 Exoskeleton, it would have the power to go through your opponent’s face or burst through a bunch of wooden planks in one go.

This suit is currently in its testing phases and there are already preparations in place for the military to make use of it. Just picture the additional strength that this suit could give to those serving in the military.

How exactly does this suit work? The XOS 2 is powered by an internal combustion engine coupled with high-pressure hydraulics and lithium-ion batteries that have a high energy density.

The person wearing the exoskeleton is also able to lift more than 200 lbs repeatedly without getting tired because the robot is responsible for most of the hard lifting.

Skeletonics, a business based in Tokyo, is responsible for the development of the ARRIVE Suit. Skeletonics’ sole mission is to develop items for humans that make them appear bigger and stronger.

The ARRIVE Suit has the ability to turn anyone who wears it into a 9 feet tall giant. This suit, much like the XOS 2, does an excellent job of boosting routine activities by increasing the force that drives them.

The ARRIVE Suit excels in a number of areas where the XOS 2 falls short, including how naturally it moves. It is, in all honesty, rather frightening. Because it relies solely on physics, the ARRIVE Suit does not require the wearer to worry about the burden of transporting a large battery on their back.

This is made possible by a mechanism known as a Master-Slave Synchronization System. The suit makes use of linkages to replicate the full range of motion that humans are capable of.

Even though he is still young, Bitcoin billionaire Erik Finman is extremely intelligent. Why? Because he is able to recognize a profitable investment opportunity when he sees one.

Either that or he’s just a tremendous admirer of Spider-Man, that’s the only other explanation I can think of.

The young man, who is 23 years old, is using his own money to help fund the research and development of a prosthetic that bears a striking resemblance to the one that Doc Ock used in Spider-Man 2.

However, you shouldn’t be concerned because this prosthetic won’t be utilized to rip things apart. Instead, the purpose of this technology is to be of assistance to people who are confined to wheelchairs or who have lost their mobility.

How does this piece of technology function? You need to understand that in order to operate all four limbs, separate microcontrollers have been attached to each hand.

You can become a real-life fire bender with the help of this awesome device. The Pyro Fire Shooter is a piece of technology that may be strapped to the user’s wrist in order to enable them to discharge fireballs out of the device.

Now you’re probably wondering, how does this gadget work? The Pyro fire shooter’s mechanism is rather straightforward: it consists of two barrels that are filled with an extremely flammable material called flash paper.

This flash paper may be set ablaze with the push of a button, at which point it launches a brilliant flame that vanishes just as quickly as it appears.

Because the device is so little, you can easily conceal it under your sleeve, ensuring that your enemy will have no idea hit them.

The best feature of this electronic device is that it is currently available for the low cheap of $150 and can be purchased on Amazon. Okay, so we get it that this device is a little bit pricey, but you didn’t really expect superpowers to come cheap, did you?

If you do decide to purchase this, however, we strongly advise you to have a bucket of water nearby before going absolutely bonkers with your new toy.

An amazing 55 MPH is what the Gravity Industries Jetpack can fly at. The pilot has full control over their movement thanks to the suit’s five mini jets, one of which is located on the back and two of which are located on each hand for steering.

Is it just me, or does this remind you a lot like Tony Stark’s jetpack from Iron Man? However, despite the fact that the jetpack design is similar to the one on Tony’s suit, the functionality of the suit’s jetpack is not even close to that of Tony’s.

Since the suit is still in its early stages of development, advanced capabilities like hypersonic flight and laser weapons are not yet a part of the equation.